Dr. Oren received her MD degree and an MBA from Tel Aviv University and IDC, Israel. She was Chief Medical Officer at NeuroDerm, a clinical-stage pharmaceutical company developing drug-device combination treatments for CNS disorders (since 2008), where she lead product strategy, clinical development and regulatory affairs. Dr. Oren teamed for the IPO of NeuroDerm on Nasdaq in November 2014, which was later acquired by Mitsubishi Tanabe Pharma Corporation (MTPC) for US$1.1 Billion. Her prior experience (16 years with Teva Pharmaceutical Industries) covered the clinical development and medico-marketing plans and executions for new CNS drugs globally. Specifically, she was central in the development, approval, and launch of rasagiline (Azilect). She was also key in the design of rasagiline neuroprotection study for Parkinson’s disease (the ADAGIO delayed-start study), published in the New England Journal of Medicine in 2009.

Ms. Zalayet CPA serves as Pharma Two B’s CFO as of September 2010. Prior to this Ms. Zalayet served as deputy CEO of Kesselman & Kesselman Trust Co. (1971) Ltd. and as a CPA at PwC Israel. Irit completed her Bachelors in Economics and Accounting and her M.A. in Law; both degrees are from The Bar- Ilan University. Ms. Zalayet also serves as the CFO of Stem Cell Medicine.

Ms. Aish brings over 25 years of experience in the pharmaceutical industry leading global marketing strategies of global brands, launching new products, evaluating and developing solid business plans to enrich companies’ pipeline through 505b(2). Prior to joining Pharma2B, Irit led the global marketing of Parkinson disease at Teva Pharmaceuticals. Beforehand, she held various international positions in the CNS therapeutic area. Irit holds a Bachelors of Science from Tel-Aviv University and an Executive MBA from Boston University.

Ms. Friedman serves as Pharma Two B’s VP QA, RA and Clinical Affairs since 2013. Prior to this Ms. Friedman served as the VP QA, RA and Clinical Affairs at Intec Pharma from 2004. Previous companies include Procognia and Rafa Laboratories. Hadas has completed a Bachelors of Science and a Masters of Science at the Bar-Ilan University.

Dr. Litman, serves as Pharma Two B's head of pharmacology and clinical studies since 2008. Prior to this Dr. Litman served as head of biology at Develogen Israel LTD and Peptor LTD where she gained extensive experience in investigational new drug development. Dr. Litman received her B.Sc. in microbiology from the Hebrew University of Jerusalem , Ph.D. in neurobiology from Weizmann Institute of Science and completed her post-doctoral training at Stanford University Medical Center, in USA. 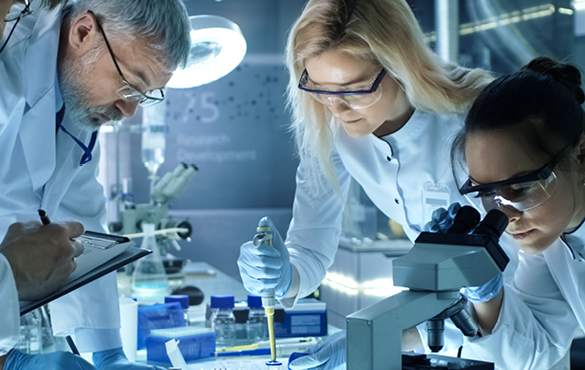